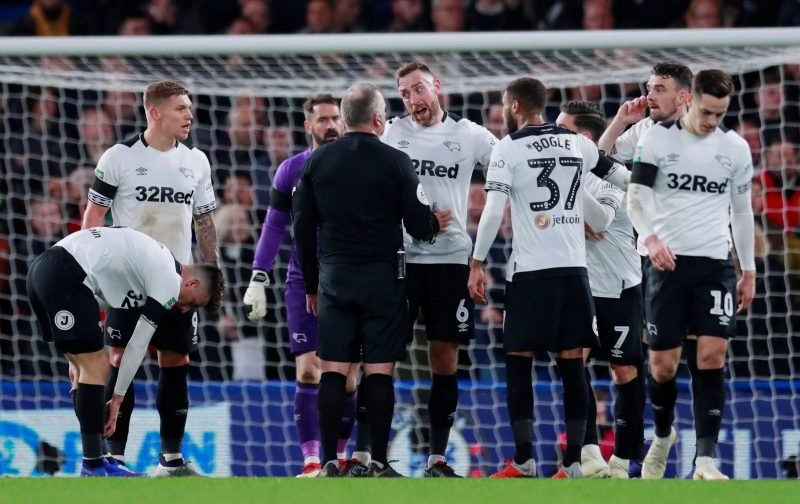 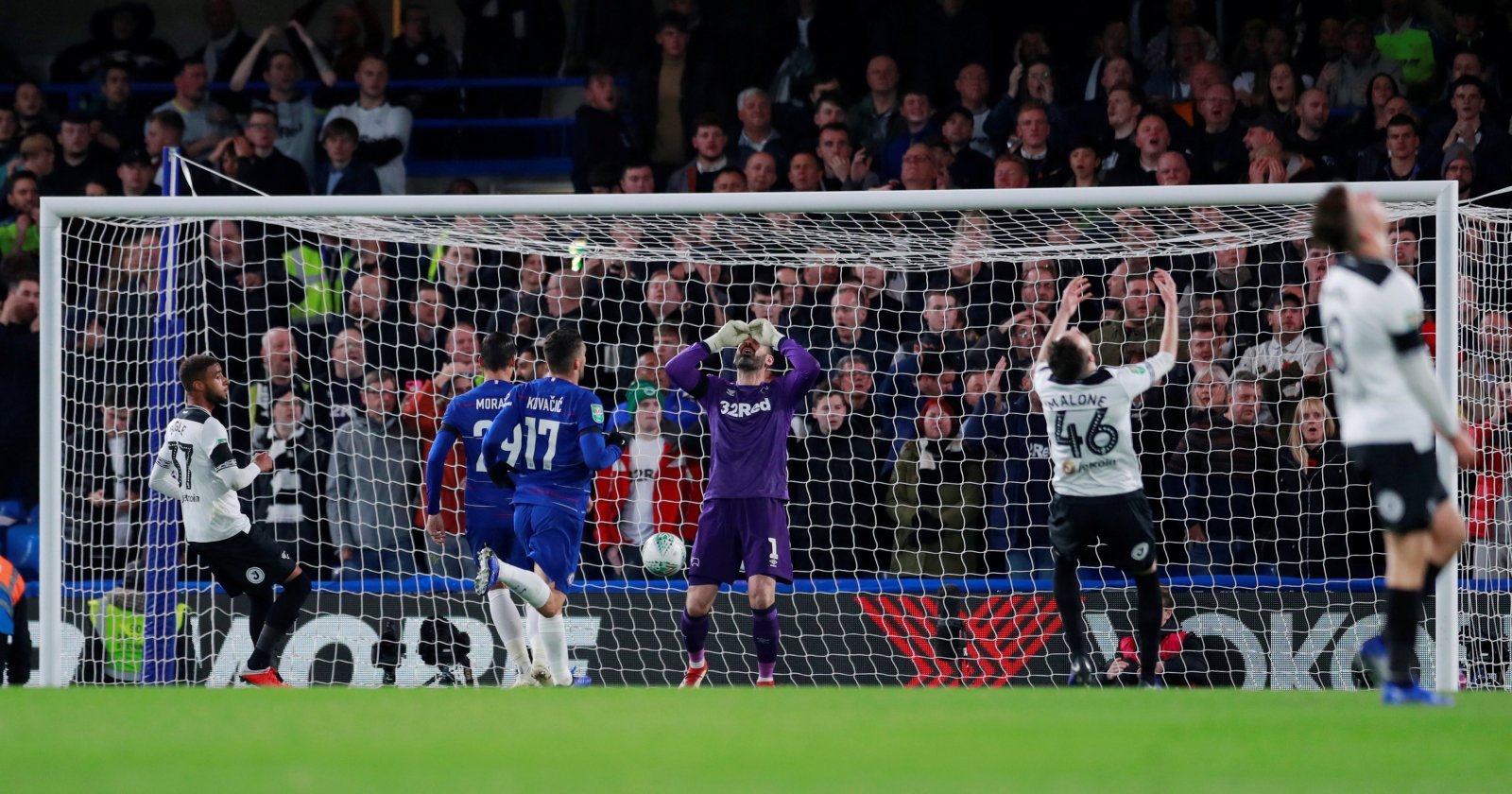 The Rams concede yet another own goal, the third in two games, in last nights defeat against Chelsea in the Carabao Cup 4th round

After last evenings pulsating defeat in the Carabao Cup to Chelsea our Rams fans reviewer Madamster gives his take on the efforts of each of the Rams players involved. You may also like to add your own player ratings for the game following the review in our comments section at the bottom of this article.

Defeated but not bowed! …… and why did we get done by yet another poor refereeing decision?

Two ridiculous own goals that counted for Chelsea, two cracking goals to get the Rams level….. twice and then we should have had a free kick but they got a throw and the ball reached Fabregas who fired home…… via the outside of Tomori’s left boot which deflected the ball past Carson when it was, originally heading straight at him. 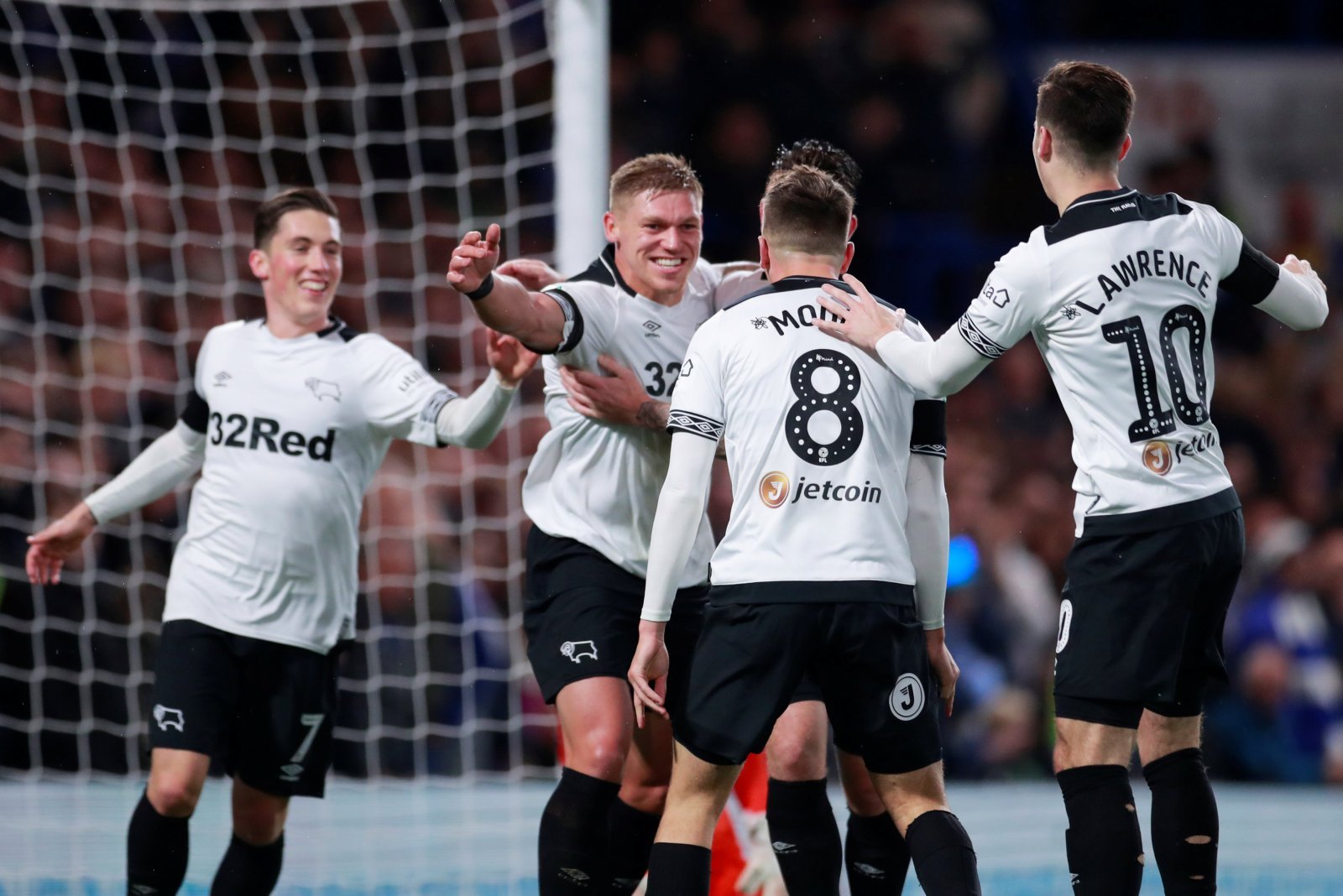 Derby County drew level twice before losing 3-2 to Chelsea in the Carabao Cup 4th Round. Here Martyn Waghorn is congratulated by team mates after Derby County draw level for the second time

Insane first half. Rather soberer 2nd half. Overall we had 30% possession yet still had 2 more shots on target than them. One from Marriott was parried into the air and dropped just a couple of inches over the bar. Another from Nuge hit the inside of the far post and bounced up into the grateful arms of their keeper.

A good performance against what was a very good Chelsea side despite their missing a few first-choice players they still had an XI of full internationals.

Nothing but pride for the lads.

Carson 7 – No mistakes. A couple of decent saves and some good distribution

Bogle 5 – Not very good in attack nor defence tonight. The young lad who, IMO, needs a rest

Keogh 8 – Solid as a rock both in defence and going forward.

Malone 6 – Adequate but no more than that

Huddlestone – 8.5 – Best man for me both going forwards and backwards

Mount 6 – the quietest game in a Derby shirt

Lawrence 6 – Not really creative, can’t remember a shot from him and someone has to teach him how to tackle as 9 out of every 10 attempted tackles are fouls.