Time to use the whole squad Frank! 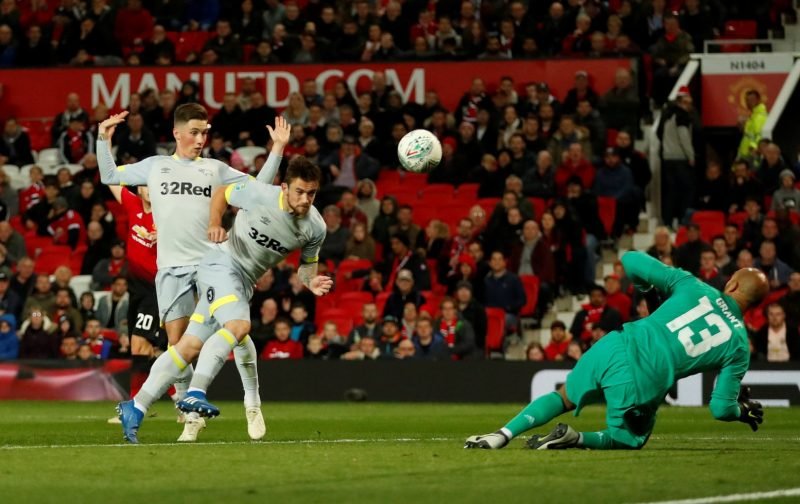 Three games in a week, too much for a 33 year-old?

Having looked at social media comments over the weekend I think we can come to a common consensus that the third unchanged team in a week left many players exhausted and looking leggy in the dour battle against Bolton at the weekend.

Many were of the same opinion as myself, that the squad as a whole now needs to be utilised to get the best set of results in the league as well as maintain the Cup runs.

Five players aged 30 or over were used in each of the three games last week and played magnificently against Brentford and Manchester United but with But Richard Keogh (32), Craig Bryson (31)  Bradley Johnson (31) and David Nugent (33) and even the goalkeeper Scott Carson (33), was it really good policy to play them in four and a half hours of intense football in just seven days?

The Rams could have taken one of the automatic promotion places at the weekend had they won and possibly trying to blend in a few un-tired and rested legs would have made all the difference in the performances. Mason Mount was also sick on the pitch during Saturday’s game and looked to be not at his best. Should Lampard have brought him off immediately?

Lets us know your opinion as the Rams entertain Norwich City on Wednesday this week, what would be your team to play the Canaries? Would you rest players and if so who? and who should replace them? Comments welcome in the comments section below this article, or for a more in-depth discussion join us in the Vital Rams Forum (messageboard)