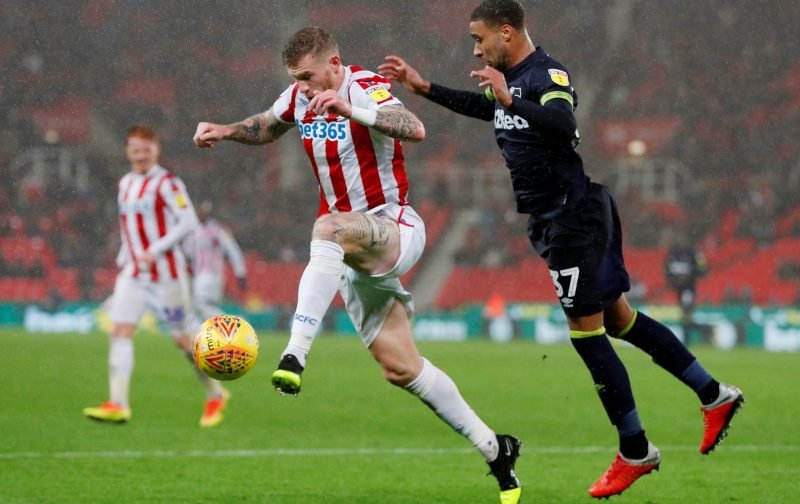 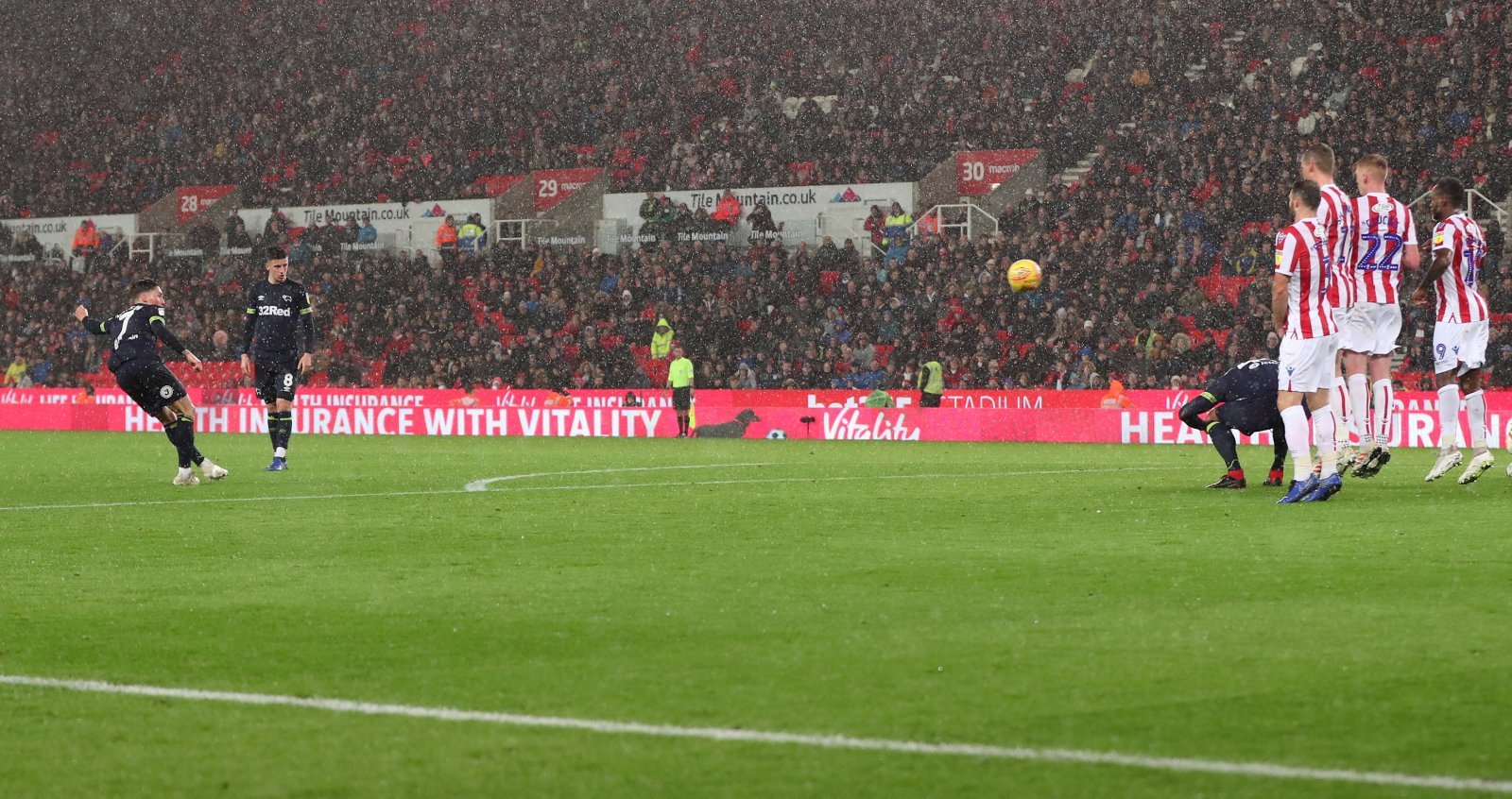 We got what I expected. A hard-fought (literally so) game that was tight and that was why I predicted a 1-1 draw for the game

We started well for a change and I thought we might have too much football in us for them but far too many wayward passes caused, mainly, by Stoke not giving players any time on the ball pointed towards us not getting the result we wanted and were earning in that start.

In the end, the difference was one keeper pulling off 3 excellent saves and 3 more very good ones and the other letting 2 in which he would usually have saved. 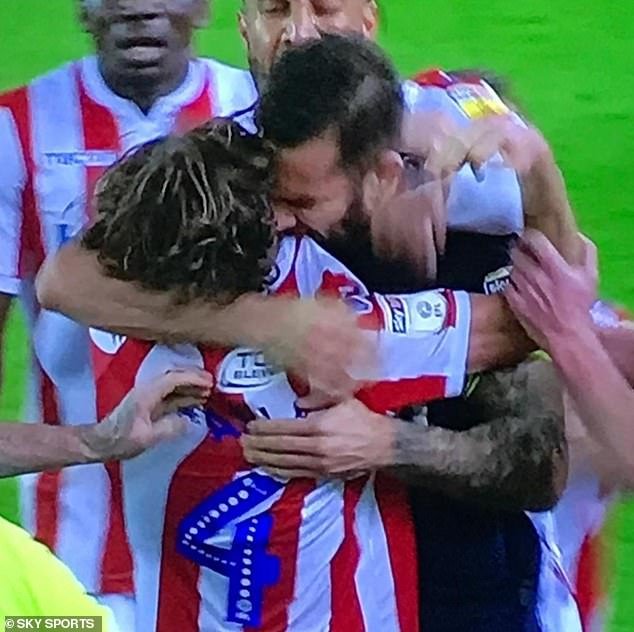 Unsavoury incident between the Rams Bradley Johnson and Stokes Joe Alan following the sending off of Stokes Etebo for a horrific foul on Richard Keogh.

I will now be critical of Malone, not to put him on the naughty step but to use him as an example of, IMO, a huge recurring problem we have. One I have highlighted before. He made one cross with his right foot the whole game and that was a poor one that sailed harmlessly over the line for a goal kick.. The rest of the game his right foot was merely used to stand on. As with Fozzy, Olsson and, to a lesser extent, Lowe, Malone is easy to negate. Simply get him side on and he can only pass backwards. He is one of half a dozen one legged wonders we have. Not only would the players themselves be much better if they could have the confidence to use the “other” foot, but it would also greatly improve the team as well and I am surprised the staff isn’t working on it. We hear that Wilson, for instance, practices free kicks every day after training. He and the other one-legged wonders should also learn to use their “wrong” foot. All too often we end up with a negative pass or a player going 35 yards sideways as there is no pass forwards possible as they are unable to use their good foot due to opposition players being in the way and the way backwards is also blocked so……. running sideways, across the pitch, with the ball is the only option.

As Stockers has already said, we had no standout player today. Tomori and Huddlestone are probably the best 2 candidates and they only played half the game.

I wasn’t surprised at the team we put out. FL put a bit more “strength” in to counter Stoke’s methodology. So would I have done.

The ref? Made decisions varying from the sublime to the ridiculous.

Join us now for more discussion on Vital Rams Forum, or simply leave a comment below in the comments section.