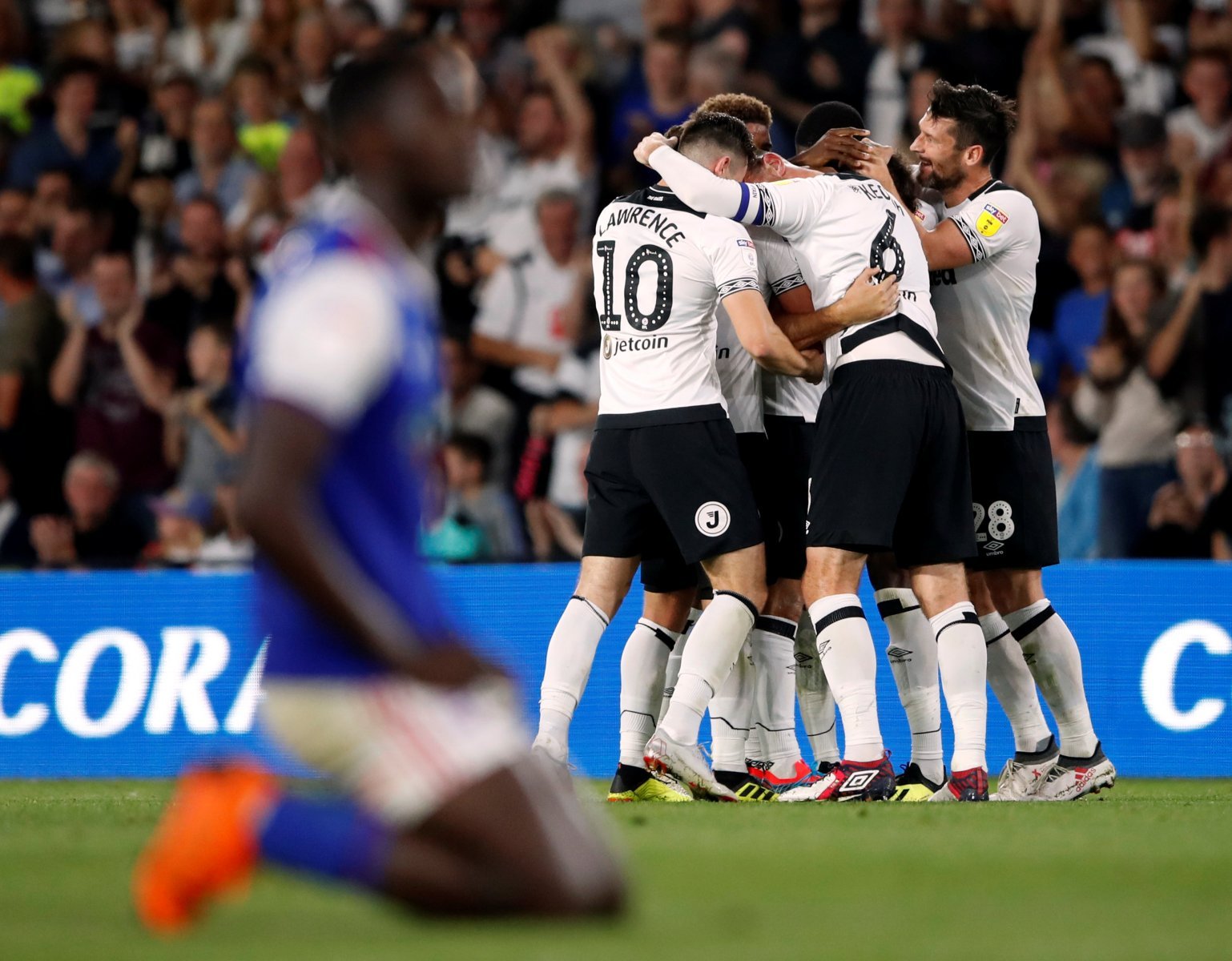 Derby celebrate their goal against Ipswich

A slow start meant tensions were high, as Ipswich doggedly defended their goal and the Rams suffered a setback in the 25th minutes when a challenge by Derby’s new boy in midfield George Evans resulted in a knee injury. He bravely tried to carry on but had to leave the field moments later, being replaced by Joe Ledley.

The first half then peated out into a stalemate with neither side having a meaningful attempt on goal.

Derby didn’t make any further changes at Halftime but the side started the second half much quicker and better on the ball. The improvement, however, didn’t result in the goal everyone was willing into the Ipswich net. The Rams pressure produced a corner in the 59th minute but the set play was not fully dealt with by the Ipswich defence and the ball fell invitingly for first half substitute  Joe Ledley to hit the ball straight back toward the goal. A slight deflection on the ball fooled Bialkkowski in the Ipswich goal and resulted in the ball flying into the top left-hand corner of his net. 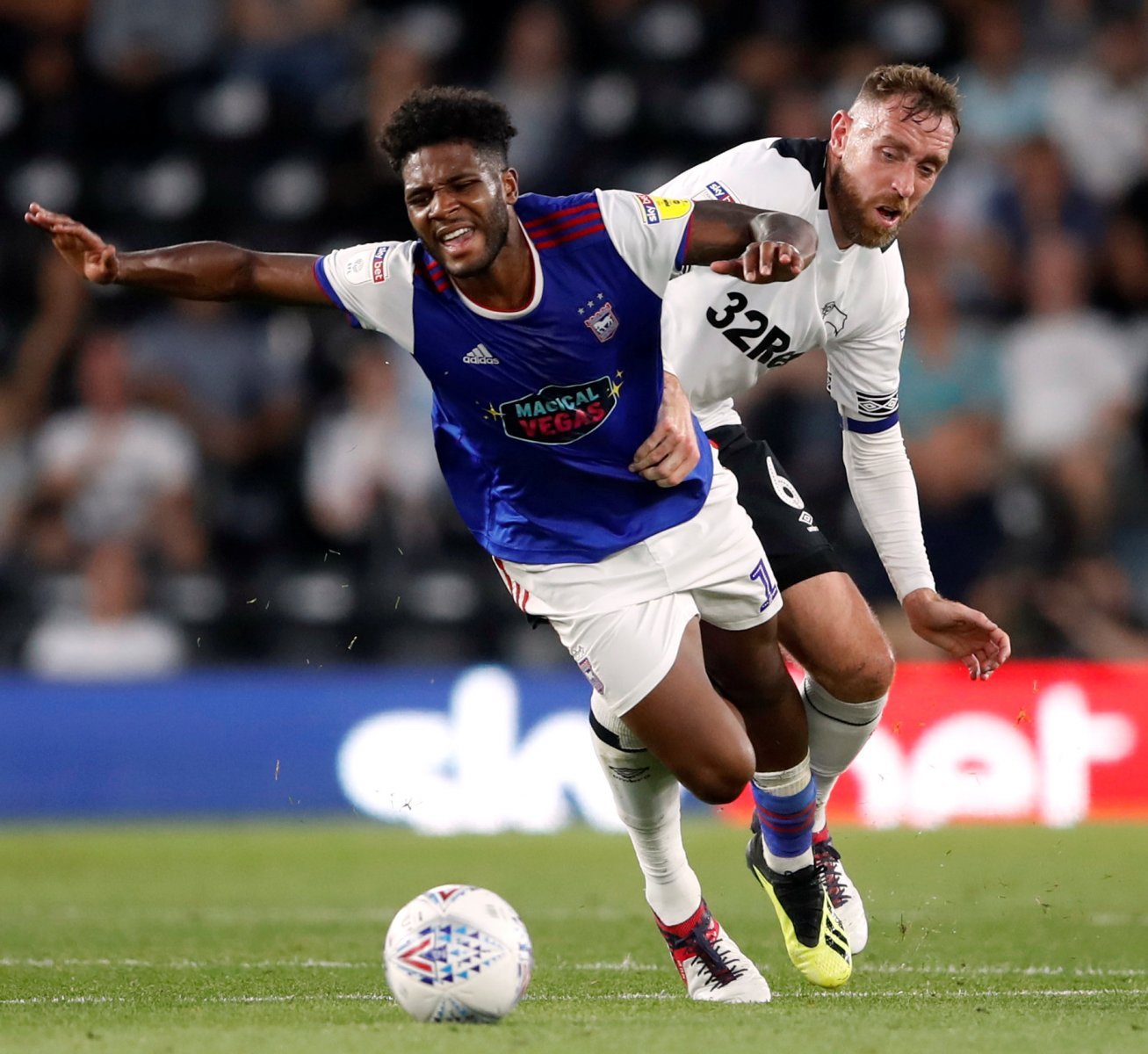 Richard Keogh in action during the Rams v Ipswich game

Ipswich now had to come out and try to equalise and the game became more stretched allowing the Rams to attack on the break. A foul outside the penalty area in the 67th minute was in the ideal position for Tom Lawrence and a racking shot was partially saved by the Ipswich keeper but the power behind the shot was too much and the ball ended up in the bottom left-hand corner of his goal. 2-0 and the Rams were now in complete control of the game.

The Rams now looked like a side capable of winning matches in this league. The nervousness had gone and the introduction of Fabian Jozefzoon and Jack Marriott gave Derby even more impetus, and so at the final whistle the Rams moved up to ninth place in the Championship (just behind Forest), Frank Lampard has his first win as a Derby County manager at home and all the supporters left Pride Park happy again.

We now look forward to further good news as Derby take on Preston North End at the weekend.